Investing In The Future 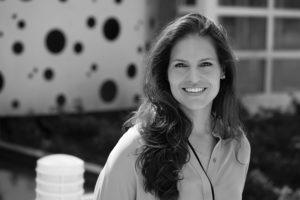 Olympia De Castro is an investor and impact investment leader who believes that capital can make a difference.

Throughout her career, she has focused on moving capital toward ESG (environmental, social, and corporate governance) and impact investing causes. It’s her belief that investment dollars can be used to generate positive social and environmental changes while still providing a market financial return.

Olympia brings over two decades of experience in investment banking, investment management, and impact investing to her work. She believes in advancing sustainable finance within the United States and around the world.

With this in mind, she has looked at the full spectrum of impact themes, including financial inclusions, gender lens investing, education and quality jobs and sought to encourage responsible lending practices within the financial services industry through investment alignment, advocacy and thought leadership.

Olympia currently serves as Board Advisor to Gratitude Railroad, an alternative investment platform “dedicated to solving environmental and social problems through the profitable deployment of financial, intellectual and human capital.”

In her role as Partner at Social Venture Philanthropy, she looks to find innovative ways to cultivate and assemble impact investment dollars to support local social ventures. She is also a Council Member at GLG, where she advises corporate clients on how to engage with the ESG and impact sectors.

Olympia’s combined efforts demonstrate the need for capital providers and stakeholders to begin working together towards sustainability goals.

Olympia De Castro’s efforts have allowed her to help in emerging markets and advise global decision-makers.

She began her career in traditional finance, working in the Investment Banking and Investment Management divisions of Goldman Sachs. She later worked for Louis Berger Group, providing financial advisory on infrastructure projects and public private partnership for multilateral organizations and governments.

From there, Olympia began working in economic development and impact investing within the International Financial Corporation (IFC), the private arm of the World Bank. In this capacity, Olympia helped micro-, small-, and medium-sized enterprises secure access to finance.

Olympia’s pursuits have taken her to many emerging markets, including Chennai, India, where she focused on the securitization of microfinance loans at IFMR Capital, a spin-off of ICICI Bank. In Nairobi, Kenya and Kigali, Rwanda, she advised Aureos Capital on valuation and strategic exit alternatives for its investments in East Africa.

In Fortaleza, Brazil, Olympia designed and implemented a Monitoring and Evaluation tool that measured outcomes for a community-led social development bank. The project was part of an effort to stimulate the local economy and it led her to present the framework to the Central Bank of Brazil and and leading local academics and policy makers.

It’s work like this that has driven Olympia to become a thought leader in her field, contributing research and publications and conducting speaking engagements around the United States.

A selection of Olympia’s contributions to research and publications include:

While Olympia has built her career around impact investing, her passion has also led her to support a number of nonprofit organizations that she believes reinforce her professional career.

She has volunteered and sponsored organizations like TECHO, a youth-led nonprofit whose aim is to end poverty in Latin America by transforming run-down, low-income neighborhoods into organized, sustainable communities. TECHO has more than one million volunteers working to build transitional housing and create community-centered support programs. The charity has a presence in 19 Latin American countries.

Olympia’s support for the group took many different forms. She sponsored build-trips to Cartagena since 2012, and to other countries like Costa Rica. Olympia hosted more than seven dinners and galas in order to raise money and inspire people to get involved.

Olympia has also worked with AptART (Awareness Prevention through Art). This nonprofit is an organization that brings together artists and activists to reach children in conflict affected areas to raise awareness and promote peace, hope and other challenges affecting these children such as education and hygiene. AptART brings together artists and affected children to collaborate on the creation of beautiful murals, giving the children an opportunity to take ownership of shared spaces, have a creative outlet, learn to work together and share their voice with the larger community. The process of painting and expression allows children to reconnect to their childhood, often lost due to the hardships felt from displacement and war. The murals become an outlet of connection and awareness with the broader community because of their lasting presence and visible public locations.

After getting her B.A. in Finance, Olympia received an M.I.A. in Economic and Political Development from Columbia University’s School of International and Public Affairs.

For her work supporting women in business with CIM, Olympia was nominated for the LendIt Fintech Woman of the Year award in both 2017 and 2018.

Olympia De Castro lives in New York with her three children. She speaks English, Portuguese, and Spanish and is proficient in French.